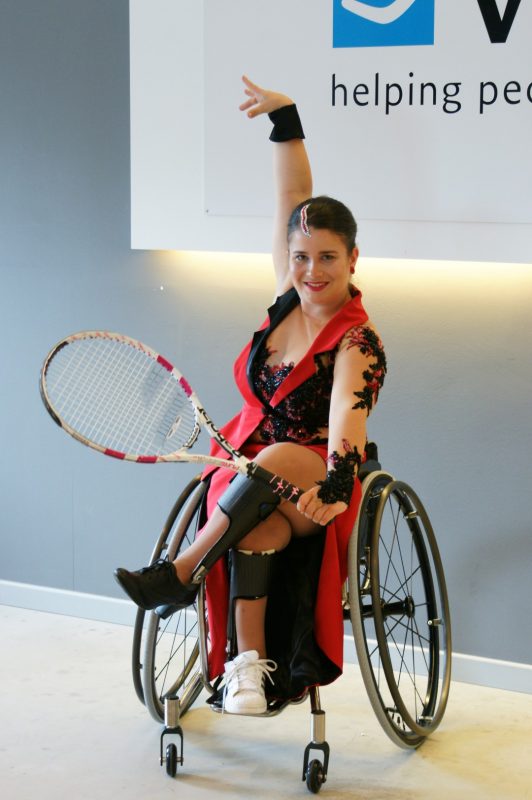 Hello, My name is Sofie Cox, I was born on the 9th of July 1994 and live in Hasselt (Belgium). I was born with Spina Bifida, because of this I need a wheelchair outdoors.

I’ve always been a very motivated person, who whouldn’t let anything get in the way of my goals. For example I became aldermen of culture and later on I became the first Child Mayor of my city, I won the “trophy Marc Herremans” awarded to a person who is a rolemodel. In 2017 I recieved the “Trophy Paul Meyers”. I also graduated as a occupational therapist and received the X-factor award from my college.

But my most beautiful memories I experience while doing my sports. I am a wheelchair tennisplayer and wheelchairdancer, both at international level.

We use cookies to ensure that we give you the best experience on our website. If you continue to use this site we will assume that you are happy with it.OkPrivacy policy